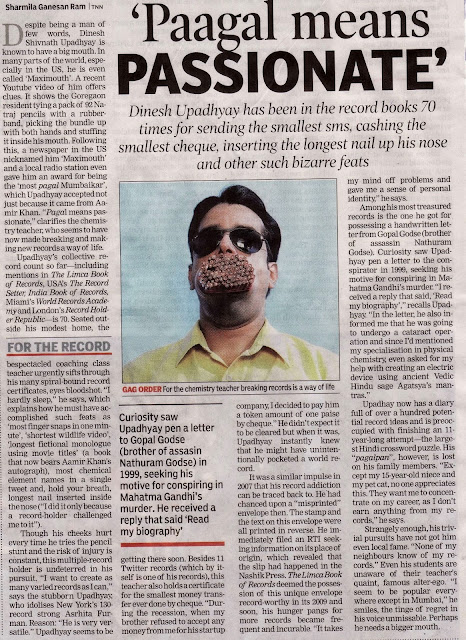 Dinesh Upadhyay has been in the record books 70 times for sending the smallest sms, cashing the smallest cheque, inserting the longest nail up his nose and other such bizarre feats

Despite being a man of few words, Dinesh Shivnath Upadhyay is known to have a big mouth. In many parts of the world, especially in the US, he is even called ‘Maximouth’. A recent Youtube video of him offers clues. It shows the Goregaon resident tying a pack of 92 Natraj pencils with a rubberband, picking the bundle up with both hands and stuffing it inside his mouth. Following this, a newspaper in the US nicknamed him ‘Maximouth’ and a local radio station even gave him an award for being the ‘most pagal Mumbaikar’, which Upadhyay accepted not just because it came from Aamir Khan. “Pagal means passionate,” clarifies the chemistry teacher, who seems to have now made breaking and making new records a way of life.
Upadhyay’s collective record count so far—including mentions in The Limca Book of Records, USA’s The Record Setter, India Book of Records, Miami’s World Records Academyand London’sRecord Holder Republic—is 70. Seated outside his modest home, the

bespectacled coaching class teacher urgently sifts through his many spiral-bound record certificates, eyes bloodshot. “I hardly sleep,” he says, which explains how he must have accomplished such feats as ‘most finger snaps in one minute’, ‘shortest wildlife video’, ‘longest fictional monologue using movie titles’ (a book that now bears Aamir Khan's autograph), most chemical element names in a single tweet and, hold your breath, longest nail inserted inside the nose (“I did it only because a record-holder challenged me to it”).

Though his cheeks hurt every time he tries the pencil stunt and the risk of injury is constant, this multiple-record holder is undeterred in his pursuit. “I want to create as many varied records as I can,” says the stubborn Upadhyay, who idolises New York’s 130-record strong Asrhita Furman. Reason: “He is very versatile.” Upadhyay seems to be getting there soon. Besides 11 Twitter records (which by itself is one of his records), this teacher also holds a certificate for the smallest money transfer ever done by cheque. “During the recession, when my brother refused to accept any money from me for his startup company, I decided to pay him a token amount of one paise by cheque.” He didn’t expect it to be cleared but when it was, Upadhyay instantly knew that he might have unintentionally pocketed a world record.

It was a similar impulse in 2007 that his record addiction can be traced back to. He had chanced upon a “misprinted” envelope then. The stamp and the text on this envelope were all printed in reverse. He immediately filed an RTI seeking information on its place of origin, which revealed that the slip had happened in the Nashik Press. The Limca Book of Records deemed the possession of this unique envelope record-worthy in its 2009 and soon, his hunger pangs for more records became frequent and incurable. “It takes my mind off problems and gave me a sense of personal identity,” he says.

Among his most treasured records is the one he got for possessing a handwritten letter from Gopal Godse (brother of assassin Nathuram Godse). Curiosity saw Upadhyay pen a letter to the conspirator in 1999, seeking his motive for conspiring in Mahatma Gandhi’s murder. “I received a reply that said, ‘Read my biography’,” recalls Upadhyay. “In the letter, he also informed me that he was going to undergo a cataract operation and since I’d mentioned my specialisation in physical chemistry, even asked for my help with creating an electric device using ancient Vedic Hindu sage Agatsya’s mantras.”

Upadhay now has a diary full of over a hundred potential record ideas and is preoccupied with finishing an 11-year-long attempt—the largest Hindi crossword puzzle. His “pagalpan”, however, is lost on his family members. “Except my 15-year-old niece and my pet cat, no one appreciates this. They want me to concentrate on my career, as I don’t earn anything from my records,” he says.

Strangely enough, his trivial pursuits have not got him even local fame. “None of my neighbours know of my records.” Even his students are unaware of their teacher's quaint, famous alter-ego. “I seem to be popular everywhere except in Mumbai,” he smiles, the tinge of regret in his voice unmissable. Perhaps he needs a bigger mouth. 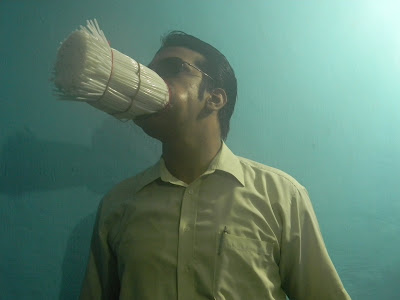 The Times of India (TOI) founded on 3 November 1838 is an English-language daily newspaper in India. It has the largest circulation among all English-language newspapers in the world, across all formats. http://en.wikipedia.org/wiki/The_Times_of_India 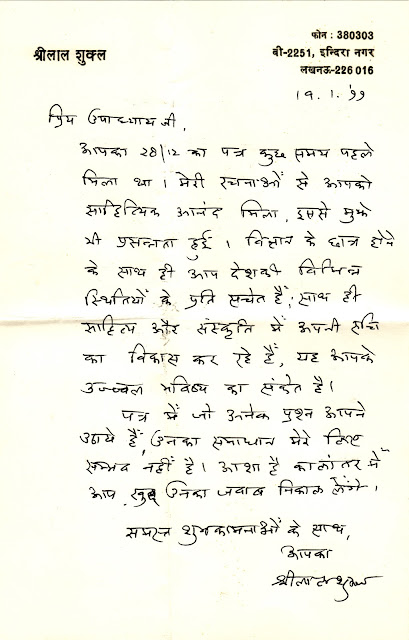 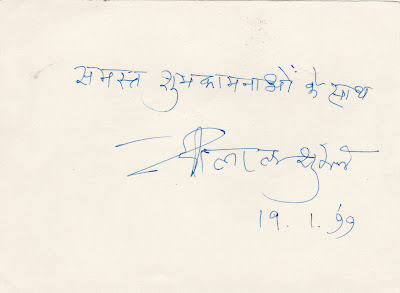 Dinesh Shivnath Upadhyaya is a teacher, writer & also multiple world record holder from Mumbai. Dinesh believes in creative writing, so he always involve in experiments in writings. His ‘Puran Katha’ - First Twitter Book is one of best example of it.
‘Puran Katha’ (Ancient Story) is a collection of micro stories on ancient Hindu mythology. Dinesh believe that ‘Puran Katha’ is World’s first ever book with most (250) micro stories (in the form of tweets) published on Twitter. [http://twitter.com/#!/PuranKatha] 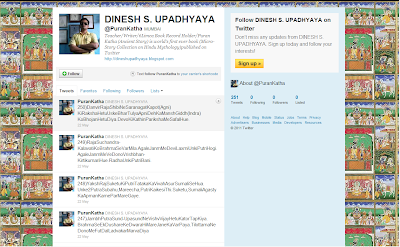 Dinesh Upadhyaya started writing micro stories (in the form of tweets) from 4th July, 2010 on Twitter under the title ‘Puran Katha’ & till 5th August, 2010 it contain 101 micro stories.  [http://twitter.com/#!/PuranKatha]


New York (USA) based world record organization ‘Record Setter’ (URDB) recognized his writing work as world record of “Most Micro-Stories Published On Twitter” on starting of 2011. 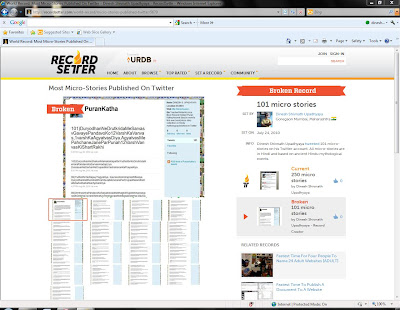 On 22nd May 2011, after 5 months of more research & writing, Dinesh Upadhyaya added 149 more Micro – Stories in it so now, there are total 250 Micro- Stories in his collection “Puran Katha”. On the same time ‘Record Setter’ (URDB) upgraded his world record status. 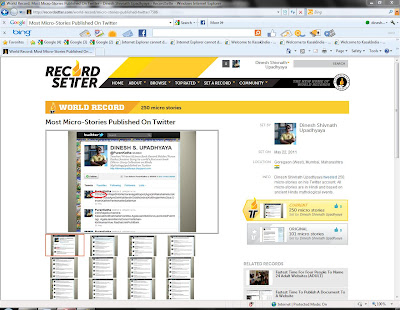 
To make use of all 140 characters in a single tweet, Dinesh avoid use of space between two words by capitalization of first letter of each word. Under the limitation of 140 characters, he confirm that his each story is complete itself & each story is different from other stories. Each micro-story is in Hindi but typed in English. Each story is serialized by respective number. 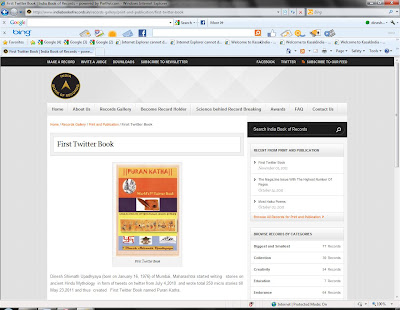 Posted by DINESH SHIVNATH UPADHYAYA at 11:53 AM No comments:

DINESH UPADHYAYA IN BANNER OF 'ASSIST WORLD RECORDS' IN PONDICHERRY 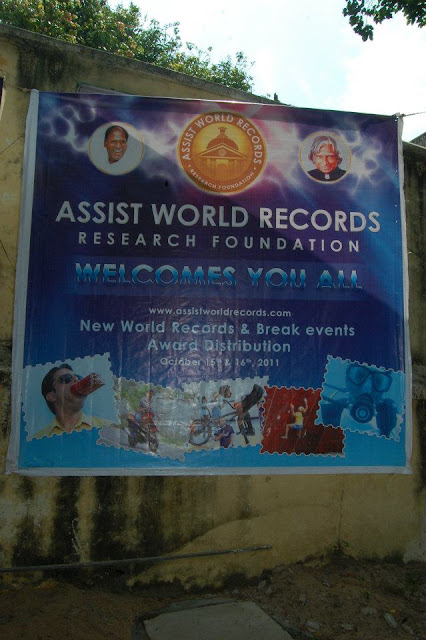 IMAGE OF DINESH UPADHYAYA WITH MOST PENCILS INSERTED IN MOUTH (WORLD RECORD) IN BANNERS OF 'ASSIST WORLD RECORDS' IN PONDICHERRY
Posted by DINESH SHIVNATH UPADHYAYA at 11:30 AM No comments: